Tobacco has long been part of New Zealand's history. Production and manufacturing began in the early part of the 20th century, and the New Zealand Tobacco Company was established in 1913 in the Hawkes Bay region of the North Island. It became the National Tobacco Company in 1922.

W.D & H.O.Wills (NZ) Ltd began manufacturing tobacco products in New Zealand in 1919 at its factory in Petone, Wellington. In 1956, the London-based company of Rothmans of Pall Mall announced its intentions to manufacture cigarettes in New Zealand and, in 1957, merged with the National Tobacco Company. Rothmans brands had been imported into New Zealand since 1937.

During the 1950s both manufacturers were competing for tobacco crops grown in New Zealand, predominantly in the Motueka region at the top of the South Island. This lasted until the early 1980s when deregulation led to a decline in orders for New Zealand growers and little government support. Tobacco continued to be grown for commercial use in New Zealand until the mid 1990s. 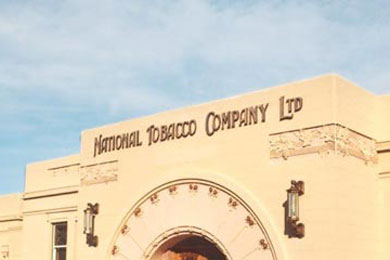